STOP PRESS: Our new EP, Eclectic City, is out now!!!
Available from:
Apple iTunes      Amazon
Just click on any of the above

Our 2nd album is available from:
Bandcamp      Apple iTunes      Amazon
Just click on any of the above
"Still Waiting" is the second CD from the North London based band, Sound of the Suburb. It is due for release on 3rd December 2016. The album features a varied mix of music, from guitar driven rockers and twangy rockabilly tunes, to more moody, pensive compositions. The first single to be taken from the album is “No Tomorrow”, though in fact each track is a winner.

Their first self-titled CD, released in 2012, garnered much critical acclaim in the media…
“…an eclectic mix working to near perfection”
The Courier (Newcastle)

“…reminding listeners of a time when the music, not hype or packaging,
really was the thing”
New York Press

And those who have booked the band for live gigs say…

“The singer, well what a voice! Great charisma and energy, wow!”
Sound of the Suburb is a successful and popular hi-energy rock-n-roll band. Since their formation, in 2005, they've gone on to play at numerous venues, festivals and private functions. In 2013 the band got a real shot in the arm by the addition of a new lead singer. As a result the band has gone from strength to strength, culminating in their much-anticipated second release.

Music fans looking for rock’n’roll performed with skill, energy and passion should wait no more and get a hold of “Still Waiting”.

Available from 3 December 2016 on iTunes and all other major streaming sites.

Also available is our first album

Sound of the Suburb - The Album 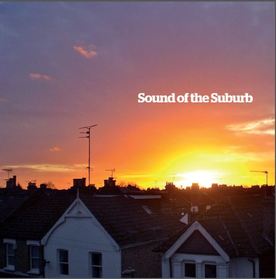 Our debut album is now available in both CD and download. It contains an exciting mixture of high-energy rock, psychedelia, folk ballad, easy listening, not-so-easy listening and rockabilly - something for the whole family.
It would make a great present for a birthday, a wedding gift, a bar mitzvah, civil partnership, retirement or graduation.
How better to celebrate that shiny new MBA, PhD or LLB than rockin' to Sound of the Suburb's debut CD?
Planning separation or divorce? Buy two copies. And one for each of the kids.